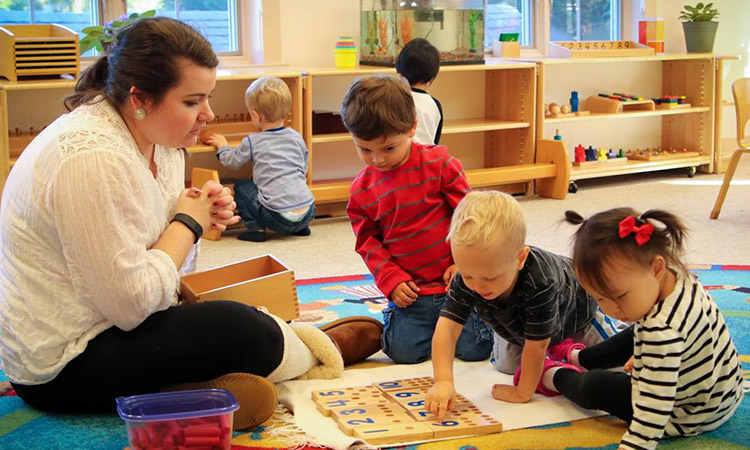 Thankfully, those are myths and do not hold any truth. This article debunks some of these popular myths about Montessori education. Let’s delve into them.

While Montessori is best suited for younger children because of the way it is structured, which encourages learning via experiences, interactions, and instruction, this method encourages mastery via comprehension rather than memorization or repetition, enabling kids of all ages to achieve their maximum potential.

The youngster is urged to use play to learn. Playtime, according to Montessori approach, is appropriate for kids of all ages. Children are interested in the work that teachers design for them when they are allowed to do what is age-appropriate. The teacher keeps an eye on the pupil and plans lessons based on the ideas the youngster is interested in. This approach makes it more likely that students will study while doing their jobs.

For a while now, Montessori has been linked to affluence. There have recently been Montessori schools that accept monthly tuition payments rather than yearly payments, including the American Montessori Campus. Communities across America are increasingly starting to establish Montessori programs.

In actuality, Montessori programs are not affiliated with any particular religion. This misunderstanding is said to have originated from how the word “Monastery” sounds similar to “Montessori.” In these institutions, monks take religious oaths and frequently spend time studying. Montessori, however, has nothing to do with monasteries. Only Maria Montessori, the person who created the educational approach, is associated with the name Montessori.

One of the answers you might get if you question people about Montessori education is that these institutions “don’t do tests” or “don’t do grading.” While it is true that the Montessori method of teaching does not place as much emphasis on test-taking as many contemporary educational frameworks do, this does not imply that pupils in the Montessori method are unaccustomed to testing or underperform on standardized exams. In reality, research shows quite opposite.

Test-taking is seen as an opportunity by Montessori students. Tests provide students the chance to demonstrate what they’ve learned and to put new skills to practice. There are different methods that Montessori pupils demonstrate their learning. One way of doing so is through standardized testing.

Baldwin Caleb Jan 30, 2023
Many parents believe the “money conversation” should wait until after college acceptance letters arrive, so they…